BANGLADESH: The Country of Bengali

Bangladesh (বাংলাদেশ) is a country located on the Indian subcontinent in South Asia.  In 1971, it gained its independence and the following year it enacted its constitution.  Bangladesh is referred to as a riverine country and its geography consists of deltaic plans fed by an extensive network of mountains and rivers such as the Surma-Meghna and the Karatoya-Atrai that eventually make their way into the Ganges Delta. There are approximately 300 active rivers, tributaries, wetlands, and freshwater swamp forests as well as 30-plus islands along the Bay of Bengal.

Although the number of tourists visiting Bangladesh is modest, there are many beautiful and memorable sites and attractions throughout the country. Bangladesh offers travelers many undiscovered regions; and is home to some of the world’s most magnificent religious sites including Buddhist viharas, mosques and temples. Tourists can choose amongst many diverse places of interest such as Shaheed Minar and other architectural masterpieces. For outdoor enthusiasts, there are many must-see regional destinations such as mangroves, mountain forests, and beaches offering adventure travelers world class water sport activities, hiking and skiing.

Things to Do and See

Bangladesh is home to the world’s 8th largest population. It shares borders with two countries: Myanmar (to the south east) and India and the Bay of Bengal (south).  The topography is varied and divided into three geographic regions yet characterized by predominately rich farmland. Most of the land is situated at sea level but the tallest point reaches about 1,065m (3,500 ft) at Keokradong.  Bangladesh has an abundance of wildlife and is home to much of the world’s largest mangroves forest, or Sundarbans which is a UNESCO World Heritage site.

Bangladesh has one of the world’s fastest growing and emerging economies with a robust textiles and manufacturing sector.  Its major trading partner is India and together form South Asia’s largest trading partnership. The country has 9 significant maritime ports with one of the world’s most extensive and largest inland network of waterways, and three international airports.

The Bangladesh government a representative democracy and is a unitary parliamentary republic with a multi-party system.  It has a President and Prime Minister together three branches of government: Executive (headed by the Prime Minister), Judicial (with a Chief Justice) and Legislative (National Assembly or Jatiya Sangshad).  Bangladesh is divided into 8 regions or administrative divisions, each named after a major city and further divided into 64 districts. 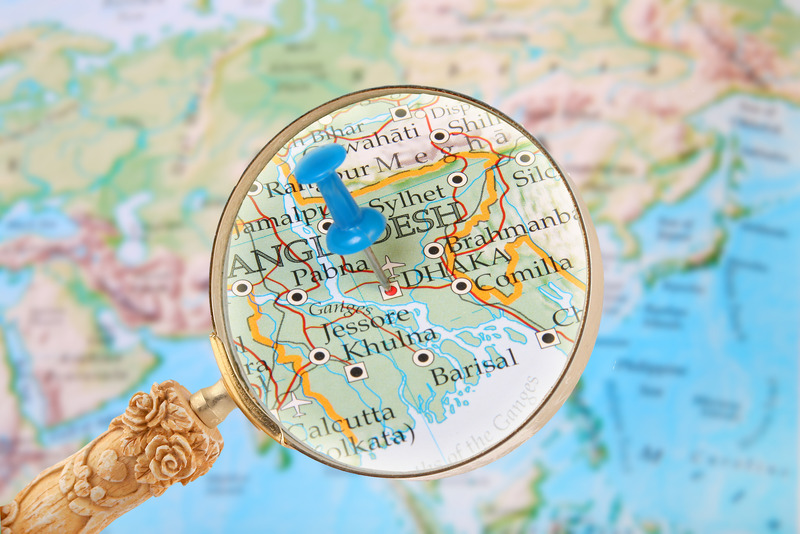 Below is our country profile containing facts and information to familiarize you with Bangladesh.

Where should I visit in Bangladesh?

Bangladesh has many wonderful destinations to visit whether you are seeking to tour urban centers or immerse yourself in the vast countryside dotted with rural villages.  Bangladesh has many dozens of historical sites, landmarks and national treasures such as religious sites and art galleries. Some popular attractions include museums such as the Liberation War Museum or the National Museum in Dhaka. Religious sites like the Star Mosque, Dhakeshwari Temple or historical sites such the Tajhat Palace are highly recommended by astute travelers.  Performing arts centers and galleries such as National Art Gallery or the Bengal Gallery of Fine Arts also offer unique and memorable insights into the rich culture and heritage of the Bangladeshi peoples.

When is the best time of year to travel to Bangladesh?

Bangladesh has a varied climate but is mostly subtropical. The annual weather is comprised of six seasonal cycles with rainfall averaging between 160 cm and 400cm, in the West and Northeast respectively.  Depending on the time of year, the country is susceptible to flooding and monsoons with runoff from the Himalayas. Across the country temperatures can range from 9° C (49° F) – 29° C (84°F) (from December through February, to as high as 20° C (68 °F) – 33° C (92° F) in the summer months. The monsoon season usually starts June and ends in October. Generally, the dry season between November to March and December considered to be the best time of year to visit.

Do I need a visa to visit Bangladesh?

All foreign visitors are required to possess a valid visa issued by a diplomatic Bangladesh mission to enter the country. Depending on your country of origin, Bangladesh allows an application for a visa upon arrival from all European Union countries, Canada and the United States. There are 23 countries from which a visitor is exempt from a visa. Most visitors, business travelers and investors can obtain a single-entry visa upon their arrival provided they possess a valid passport, $500.00 in cash or credit and have a return ticket.  The length of stay permitted on a single-entry visa is 30 days. It is strongly recommended that visitors determine and secure the required documentation before attempting to enter Bangladesh.

This site is supported by ads. Please help us out and disable your ad-blocker.